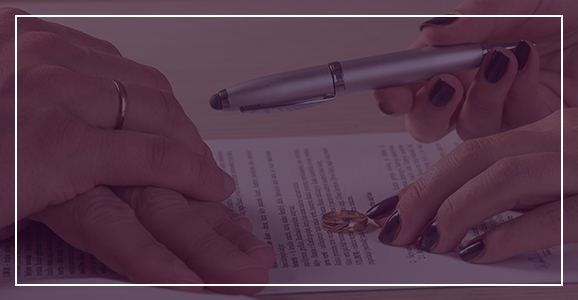 What is divorce vs annulment vs separation

Divorce vs annulment vs separation: Divorce is the process that creates a legal decree that formally ends a marriage between two individuals before the death of either individual. During this process there are quite a few legal issues that must be resolved. These usually include, child custody, division of assets, and alimony, also known as spousal support. Once the proceedings conclude, the individuals are now freed from any legal binding they had with the other person and are free to remarry, or pursue other partnerships.

A no-fault divorce allows a spouse to file for divorce without placing any blame on the other spouse. The reasons for divorces such as these are usually as simple as, loss of connection, inability to come to terms with differences, or a breakdown of affection.

Fault-based divorces allow a spouse to initiate a divorce whilst citing fault. This usually occurs when there is proof of adultery, abandonment, substance abuse, domestic violence, or another form of relationship ending issue, resulting from the actions of a single spouse. Fault-based divorces are usually used to avoid a waiting period so that proceedings can begin right away. They also play a role in the court’s decision regarding custody, alimony, child support, and the division of assets.

Annulment is the process of declaring a marriage null and void. In the case of an annulment, the marriage is treated as though it never existed. This is different from divorce because annulment declares the marriage as invalid, while divorce, is the ending of a legally valid marriage. Annulment is granted when a court finds a marriage to be invalid. The end result of both annulment and divorce is the same, both spouses are free to remarry and are no longer legally binded. The court in charge of annulment is also responsible for deciding, division of assets, child custody, alimony, and more.

How to obtain an annulment

The grounds for annulment vary from state to state. However, in Missouri the grounds are as follows:

Legal Separation is a separation between spouses that does NOT legally end the marriage between the spouses. This means that either spouse is not allowed to remarry or enter into another partnership. Legal separation is simply a legal agreement between the parties that indicates that they will be living apart or separating for a period of time. This is most often done shortly before a divorce while assets are still being divided. Keep in mind that while dividing assets, certain states will count the end of the marriage only at the date of permanent separation rather than at the date of legal separation when determining the length of the marriage.

Choosing the best option: divorce vs annulment vs separation

Ultimately this is a personal decision. For example, many times, people with certain religious backgrounds will move towards annulment vs. divorce due to the preferences of their religion. However, each option is not equally available to every individual. The grounds for annulment are very specific, so many couples may be forced to choose between separation or divorce, if their marriage can not be considered invalid.

Do I need a lawyer for divorce, separation, or annulment?

Technically no, in all of these legal proceedings, you can operate by yourself, however this is not recommended. All of these legal obstacles can become very technical and it is important to make the right decisions, especially involving child custody, alimony, and other divorce related issues. For any further questions or to seek help from legal experts, contact the divorce attorneys at Flesner Wentzel today! We would be more than happy to look at your case, and see if we are the right fit for you!

The choice of a lawyer is an important decision and should not be based solely upon advertisements. For other important information on the use of this website please read our Disclaimer.